Pursuant to the Municipal Elections Act, 1996, (MEA), this notice is to post the deadline for filing NOMINATIONS of the offices to which persons may be elected for the term commencing November 15, 2022. Nominations can be made during regular office hours, Monday through Friday, excluding statutory holidays, until Thursday August 18, 2022 and on Nomination Day, Friday, August 19, 2022 from 9:00 a.m. to 2:00 p.m.

AND FURTHER TAKE NOTICE that Nominations for the positions listed below must be made on the prescribed form available at the Clerk’s Office. Nomination forms must be filed with the Returning Officer. The required filing fee for the Head of Council (Mayor) is $200 and $100 for all other offices. The nomination filing fee shall be paid in cash, debit, certified cheque, or money order made payable to the Town of Prescott.

PLEASE NOTE: The election campaign period begins on the day on which he or she files a nomination for the office.

MUNICIPAL OFFICES FOR WHICH PERSONS MAY BE NOMINATED:

SCHOOL BOARD OFFICES FOR WHICH PERSONS MAY BE NOMINATED shall be filed with the designated Clerk’s Office, to be determined, for:

Nominations for all offices shall close at 2:00 p.m. on Friday, August 19, 2022. Nominations will only be certified when the Clerk is satisfied that the person is qualified to be nominated and that the nomination complies with the MEA.

Candidates for municipal office must, upon nomination, be a qualified municipal elector and fulfill all of the following requirements:

Nominations accepted by the Clerk, or Designate, of the Corporation of the Town of Prescott:

Experience life on the shores of the St. Lawrence River

Kelly’s Beach is one of the many vibrant waterfront attractions here in Prescott! Located at the west end of town near Centennial Park, our municipal pool and the Splash Pad.

Throughout the summer, the beach is a very popular spot. Local children and adults alike enjoy the clean, warm waters of the tranquil St. Lawrence River. The sandy shore is meticulously maintained to provide our residents with a relaxing and safe environment. Come down to Kelly's Beach and don't forget your sunscreen!

Please check the Leeds, Grenville, and Lanark District Health Unit website for an up to date assessment of the water conditions. 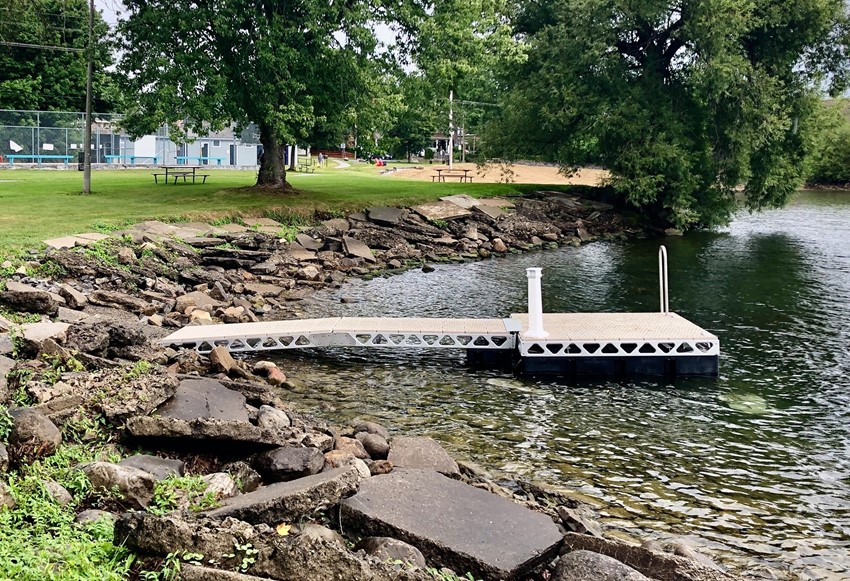 Located in the middle of Centennial Park, this new addition has quickly become a source of activity.  It is intended to be used as a location to launch small watercrafts such as canoes, kayaks and paddle boards. It also serves as a great launching pad for our dogs to refresh during the summer!

Located at the west end of Centennial Park, this area has recently undergone landscape renovations to make parking easier and more enjoyable for vehicles and boat trailers.

It is free to use the municipal boat launch.